On the way to a better world

The freeland-path in Eden (Oranienburg) - symbol of an alternative social model.

Named after the book of Theodor Hertzka: "Freeland", 1890, about the settlement in an "Eden valley" in Africa, as described in the novel. 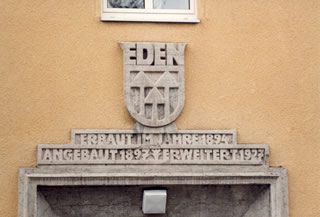 Resources:
Otto Lilienthal: Appoinment to the employees of his company, 1890 and a letter to the social ethic Moritz of Egidy in Potsdam, 1894.
Voice actors: K. Albrecht and H.Gülland