In 1909, with airplanes of the Wright type, the era of powered flight began – but within only a few years the most successful aircraft were made in France and Germany.
Robert Thelen (1884 - 1968) who had obtained the German pilot's license No. 9, first became a flight instructor at Melli Beese and later moved on to become the director of the Albatros Works. 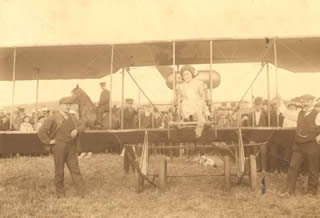 September 1911: Robert Thelen on the Wright-Flyer – stop-off in Yderop on the flight from Aarhus to Copenhagen. 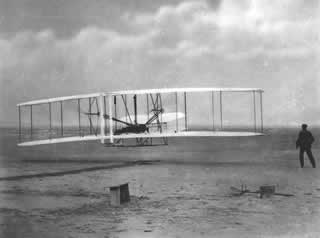